We have taken a lot of questions lately about Hdmi 1.4 over cat5 possibilities. Nowadays, As you know the latest hdmi version 1.4. With this new version, began to new developments in extender technology, especially the new 3d video technology entered into our world. Our home equipments also have a lot of changes. In this context, we should actually look at the performance and parts of physical that interest us. 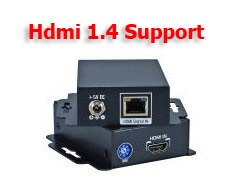 When we look at the explanations made ​​by Hdmi Authority group there is not a change in terms of performance. High Speed ​​HDMI cable’s maximum performance is 10.2Gbps in HDMI 1.3 and 1.4 versions.

This is actually a new technology, so new models come to the market quickly, you can see the new hdmi 1.4 extenders by looking at this list.

Below there is a short summary in the form of new features that come with HDMI 1.4.

When we check out the new features that explained above, The HDMI Ethernet Channel feature that supports this functionality will need a completely new cable, either with a standard Ethernet or a High Speed HDMI Cable with Ethernet, based on the highest resolution to be supported. The Automotive Connection System will additionally utilize a new type of cable, the Standard Automotive HDMI cable, which generally is developed mainly for automotive usage. Each of the other new features will be HDMI 1.4 compatible with the existing categories of cables.

In our experience cat5/cat5e cable can manage the maximum data transfer up to 1Gb/sn, technically hdmi 1.4 over cat5 is not possible when you consider 3d data. However cat6/cat6a can carry data upto 10gb/sn as like as HDMI 1.4 cable and it seems can support the 3d very easily. If you really have a plan to go for 3d , you should consider to implement at least cat6 cable for your solution. 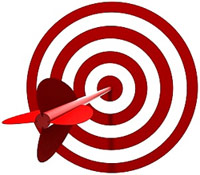 If your source device (dvd, satellite, pc or other) supports only hdmi 1.3, you can use it with hdmi 1.4 HDTV.

Search for the targeted features that interest you, instead of shopping for an HDMI version number and supposing that a particular attribute is established.

Because most of the features detailed in the HDMI 1.4 standards are optional implementations, it’s the responsibility of the vendor to tell you what features are implemented in any given device.

When you purchase a new HDTV do not think you will have all of the hdmi 1.4 features integrated in your TV.